A Saharan dust plume closes in on U.S. coast

The densest plume of dust developed off Western Africa and has traveled nearly 5,000 miles across the Atlantic Ocean.

GENEVA, Switzerland - Lightning bolts are lighting up the record books.

The flashes, captured in Brazil and Argentina, were verified with new satellite lightning imagery technology.

The WMO Committee on Weather and Climate Extremes found the greatest duration for a single lightning flash of 16.73 seconds developed continuously over northern Argentina on March 4, 2019. 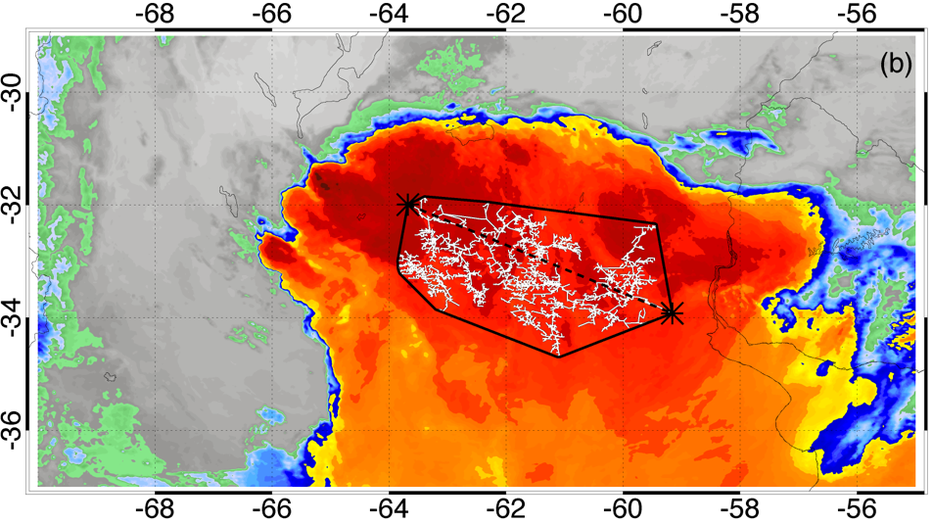 WMO also recorded the greatest extent for a single lightning flash that covered a horizontal distance of 440.6 miles ( ±5 miles) across southern Brazil on Oct. 31, 2018.

“These are mind-boggling new extremes: for comparative purposes, the new lightning distance of 440 miles is the equivalent distance between Boston and Washington D.C., or Atlanta and Orlando or, for West Coasters, more than the distance from Los Angeles to Phoenix,” Randall Cerveny, WMO rapporteur of weather & climate extremes said.

According to Cerveny, “It is likely that even greater extremes still exist, and that we will be able to observe them as lightning detection technology improves.”

The previous record for the longest detected distance for a single lightning flash was 199.5 miles on June 10, 2007 across Oklahoma.

The previous record for duration for a single lightning flash was 7.74 seconds on August 30, 2012 in France.

RELATED: Massive Saharan dust plume reaches US  — here’s what you need to know

The findings were published by the American Geophysical Union’s Geophysical Research Letters, ahead of International Lightning Safety Day on June 28.

Although the odds of being struck by lightning in a given year are less than one in a million, Lightning is still a major threat. If the time between seeing a flash and hearing thunder is less than 30 seconds, go inside.