Police in tactical gear have converged on West 163rd Street off Amsterdam Ave. in Washington Heights. 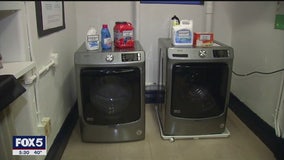 An elementary school in Washington Heights is offering on-site washer and dryer for families to use.

FOX 5 was given rare access to the GWB, joined by the team at the Port Authority that oversees it, for a one-of-a-kind look at the “Restoring the George” project. It’s a roughly $2 billion, ten-year program consisting of eleven major projects. The goal is to rehabilitate essentially the entire structure. 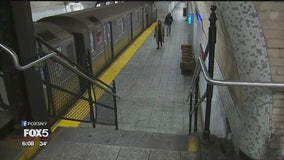 An Upper Manhattan subway stop has reopened after nearly a year of work to replace elevators, improve lighting and make other repairs.

After nearly a year of work, the 1 train stop at 168th street reopened on Friday, ahead of schedule. 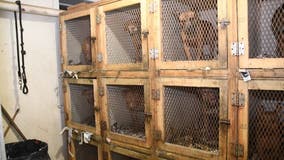 An Upper Manhattan building superintendent, a veterinary worker and two other men have been charged with running a dogfighting ring after authorities said an identity theft investigation yielded an animal-abuse case.

This is the time of year new college graduates find places to live on entry-level salaries. So what are the best options for new renters in the high-priced New York market? StreetEasy crunched the numbers to find the best options while also offering new graduates some advice.